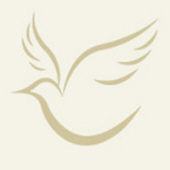 Services for Ava Gay Dill, 83, of Brownfield will be at 2:00 p.m., Friday, January 11, 2008 at Shady Oaks Church of God with Rev. Bob Bohannon and Rev. Eugene Ballard officiating. Burial will be in Terry County Memorial Cemetery under the direction of Brownfield Funeral Home.

Ava Gay passed away Tuesday January 8, 2008 at her home in Brownfield. She was born March 12, 1924 in Big Spring, Texas to Dallas and Eva Marie Ruark. She and her family moved to the Brownfield area in 1929 where they lived in the Foster Community. She attended Union schools. She married Rufus Woodie Dill, Nov. 14, 1941 in Seminole. He preceded her in death, March 13, 2001. She was involved in 4H as a leader for many years. She was in the Texas Home Demonstration Club for many years. Ava Gay was an active member of Shady Oaks Church of God. She is also preceded in death by a brother Jack Ruark.

She is survived by three sons, Lynn “Pink” Dill and his wife Nedra of Denver City, Jackie and his wife Earlene of Hobbs, NM and Rick and his wife Kathy of San Angelo; a brother, Dee Ruark of South Carolina; three sisters, Billie Joyce Peak of Slaton, Sue Fanning of Hereford and Patsy Pardo of Lubbock; 12 grandchildren and 13 great grandchildren.