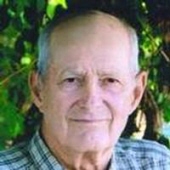 Services for Edward J. "Bill" Jowers, 75, of Brownfield will be 2:00 p.m., Tuesday, October 9, 2007 at Calvary Baptist Church with Rev. Steve Carter officiating. Burial will be in Terry County Memorial Cemetery under the direction of Brownfield Funeral Home.