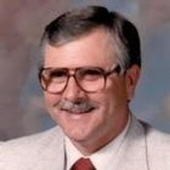 Graveside services for Charles Eugene Orum, 65, of Brownfield will be at 10am, Tuesday, February 28, 2012 at Seagraves Cemetery in Seagraves. Memorial services will follow at 1pm, Tuesday, at Ropesville United Methodist Church with Rev. Bill Titus and Rev. Beverly Titus officiating under the direction of Brownfield Funeral Home.

Charles passed away Saturday, February 25, 2012 in a Houston Hospital. He was born August 10, 1946 to Lowell and Juanita Orum in Brownfield. He graduated from Seagraves High School. Charles married Roberta J. King on December 19, 1969 in Seagraves. He was a Fleet Supervisor with GTE/Verizon for 32 years before retiring. Charles served on the Brownfield Board of Trustees for 14 years, as he valued the need for a good education. He was active in the Brownfield Optimist Club and was instrumental in establishing Jaycee Chapters all over the United States and Canada. He was an avid supporter of Brownfield youth sports including the Babe Ruth Association and The Little Dribblers. Charles coached a National Little Dribblers Team. Actively involved in the local stock show, Charles would do anything to help a student. On numerous occasions he assisted with their individual projects. The child's best interest was foremost to him. A devoted husband and father, Charles' family always came first, and his grandchildren were his greatest gift. He will be dearly missed.

He was a member of Ropesville United Methodist Church. He is preceded in death by his parents.

Charles is survived by his wife, Roberta; 2 sons, Chris and wife Leah and their daughter Kreede of Brownfield and Chad and wife Crystal and their son Mason of Seminole; a brother, James and his wife Jackie of Seagraves; a niece, Amy Roberts and husband Jason of Amarillo.