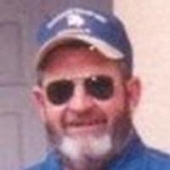 Clay was born on October 5, 1952 to Almos and Geneva Neill in Lamesa. He moved with his family to Brownfield in 1959. He attended schools in Union and Brownfield graduating from Brownfield High School in 1971. He married Cynthia Sue Williams on March 8, 1974 in Meadow. He worked as a farmer for 35 years in Terry County. Clay was a member of the Wellman Volunteer Fire Department where he served as chief. He also served on the Brownfield Farmer's Co-Op and Loop Co-op Gin Boards, the Wellman School Board.