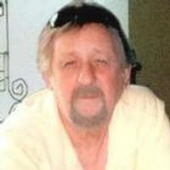 Services for Kermit Dwayne Brown, 66, of Brownfield will be at 10:30am, Tuesday, March 20, 2012 at Brownfield Funeral Home Memorial Chapel with Pastor Chris Tucker officiating. Burial will be in Terry County Memorial Cemetery.

Dwayne passed away Sunday, March 18, 2012 in Brownfield. He was born June 8, 1945 in Brownfield to Joe and Lula Mae Brown. He graduated from Brownfield High School in 1964. He married Brenda Cox on July 3, 1996 in Branson, Missouri. Among his many trades he was most recently the owner of Thunder Enterprises. He was a Baptist.