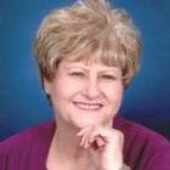 Services for Emma Earlene Merritt, 65, of Brownfield will be at 10am, Saturday, October 23, 2010 at First United Methodist Church with Rev. Ruby Moultrie officiating. Burial will be in Terry County Memorial Cemetery under the direction of Brownfield Funeral Home.

The family will receive visitors from 6-8pm Friday at the Funeral Home.

Earlene passed away Wednesday, October 20, 2010 at her daughter’s home in Brownfield. She was born December 23, 1944 in Crane, Texas to Earl and Clercy Smith Rowan. She graduated from Levelland High School in 1963. She married Gary Elliott in February of 1963 in Levelland. He preceded her in death on April 10, 1975. Earlene then married Alton Max Merritt on March 2, 1978 in Brownfield. He preceded her in death on Feb. 4, 2009. She and her husband owned and operated Merritt's Grocery for many years before retiring. She was a member of First United Methodist Church where she was a member of the choir, hand bell choir, Methodist Women and a Sunday School Teacher.