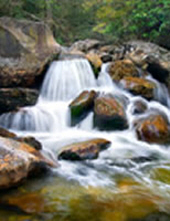 Service for Frederic Guy Henson, Sr., 78, of Lubbock will be at 11:00 am Friday, June 14, 2019, at the Brownfield First Baptist Church with Pastor Jerry Stewart officiating. Burial will follow at Terry County Memorial Cemetery under the direction of Brownfield Funeral Home.

Guy passed away on June 11, 2019. He was born on March 4, 1941. He graduated from Brownfield High School. He married Jeannie Bob Hart in 1960. After her death, he later married Wilma Wheat of Lamesa in 2009. He was a fertilizer salesman for 45 years. Guy was an avid golfer and loved to play the sport. He is proceeded in death by his parents, Joe and Ester Ruth Henson, his wife Jeannie Bob Henson, his grandson, Zachary Henson, and great-grandson, Matthew.