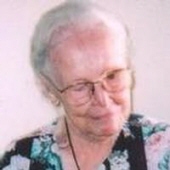 Lillie was born on January 26, 1911 in Eastland County, Texas to Jehue and Mollie Noel. She attended school in Central Texas, moving to Terry County in 1925. She married Cullen Forbes on December 24, 1929 in Lovington, New Mexico. He preceded her in death in 1953. She was also preceded in death by her daughter, Geraldine Barton in 1982. She then married T.C. Lucas on September 21, 1967 in Brownfield. They lived in San Angelo for 14 years prior to moving back to Brownfield. He preceded her in death in 1988. She was a member of the First Baptist Church.

In Leiu of flowers the family suggests memorials to The Scottish Rites Hospital for Children, 2222 Welborn Street, Dallas, Texas 75219.