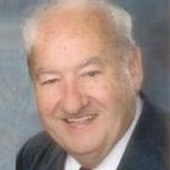 Services for Phillip Stephenson Porter, 79, formerly of Brownfield will be at 2pm, Tuesday, April 9, 2013 at Brownfield First Baptist Church with Rev. Randy Land officiating. Burial will be in Terry County Memorial Cemetery under the direction of Brownfield Funeral Home.

Phil went home to his Savior on Saturday, April 6, 2013 in Lubbock, Texas. He was born on July 27, 1933 in Washington County, Arkansas to Boyd and Zena Porter. He grew up in Arkansas and then moved to Odessa to attend college for one year and then to Austin where he graduated with a B.B.A. in 1957 from the University of Texas. He was a true “Longhorn” fan. Phil married Jan Nell Johnson on June 29, 1958 in Kermit, Texas. They moved to Brownfield in 1959, where they owned and operated Phil’s Shoes & Apparel for 40 years. He was a member of Jaycees, Optimist Club, Rotary Club and Salvation Army. While serving as president of Rotary Club, he was instrumental in the club’s sponsorship of a German exchange student.

Phil loved his Lord, gardening, playing piano, warm sandy beaches, family and friends. He was a prodigious reader, with a fascination with books on religion and many other subjects. Phil’s grandchildren filled up the rest of his time with recitals, ballgames and graduations.

After moving to Lubbock in 2009, Phil and Jan became members of Southcrest Baptist Church, enjoying the fellowship of their Somers Sunday School Class.
Phil was preceded in death by his parents, a brother, Gene Porter, and a sister, Mary Ann Smith.

The family wishes to thank the special caregivers of Hospice of Lubbock, along with the Palliative Unit of Covenant Hospital. They suggest memorials to the American Cancer Society or the American Diabetes Association.