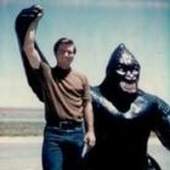 Ronny Little, 62, of Brownfield passed away in Lubbock on April 27, 2012. Services will be held at Brownfield Funeral Home Chapel on Wednesday, May 2, 2012 at 2pm with Jon Patrick officiating.

Ronny was born on December 7, 1949 in Brownfield, to Aaron and Lucille Little. He attended Brownfield School district. Ronny married Debra Henson on January 11, 1969 in Brownfield. He was employed by Goodpasture and Co-op for over 40 years. He loved spending time with his grandkids, watching sports and playing pool.

Ronny is survived by his wife, Debra Little of Brownfield; sons, Bobby and wife Lori Little of Lubbock and Brad and Berta Little of Sherman; Special brothers, Matt Henson of Seminole and David Henson of Jasper; 9 grandkids, Arin, Jered, A.J. and Jena of Sherman, Meagan, Hailee, Jordan, Connor and Colbey of Lubbock; a sister, Addie Clark of Washington; a brother, Olen Little of Brownfield: several nieces, nephews,family and friends.

Ronny is preceded in death by his parents; 8 brothers, 5 sisters