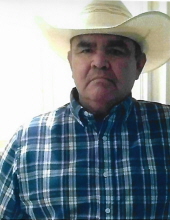 Alex was born November 4, 1962, in Seagraves to Alejandro, Sr. and Maria Guzman. He married his wife Diana on August 22, 1983, in Meadow. Alex was a hard worker who loved spending time with his family. His Biggest joy was being with his grandchildren and working on his truck.

He is preceded in death by both parents, Alejandro and Maria Hortensia Guzman. He is survived by his wife Diana of 37 years. They had four children, three daughters, Ashley Escobedo and husband, Anthony of New Home, Stacey Deleon and husband, Justin of Slaton, Stephanie Salinas and husband, Angel of Lubbock, one son Alexandro Guzman III and wife, Victoria of Wellman. They had 14 grandchildren.  Alex was the oldest of six children. His siblings are Isabel Vasquez and husband, Rod of Brownfield, Jesse Guzman and wife, Elaine of Lubbock, Irene Lujan and husband, Fidel of Odessa, Dora Aguirre and husband, Sergio of Andrews and Tommy Guzman of Brownfield.