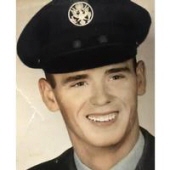 Anthony Leo Lusk, 77, passed away on November 16, 2015 in Lubbock after suffering a long illness.

Tony, as most knew him, was the husband of his beloved Patsy Lusk for 58 years. Tony was born on January 24, 1938 in Plains where his parents Odie L. Lusk and Juanita Faye Hague Lusk McConnell raised him. There he met and married Patsy Faye Anderson on March 29, 1957. Tony served in the United States Air Force for 4 years. After receiving his honorable discharge, he moved his family to California to complete his education and become a Master Machinist. In 1978, he and his family moved back to Texas where he began working as a Master Machinist for Linco Electromatic until he retired. Tony served as a deacon and an elder for Christian Church of Midland for many years. He was devout in his faith, and a loving man of God. He was a wonderful son, brother, husband, father, grandfather, and great-grandfather. He was a kind gentle soul loved by all. He cherished and was devoted to all his family and friends. He loved his bible; teaching and preaching was his passion. His philosophy was “Do not pray for me to be healed, pray for God to give me the strength and wisdom to meet the path set before me, so in the end, God would say well done my good and faithful servant….”

2 Timothy 4:6-8 "For I am now ready to be offered, and the time of my departure is at hand. I have fought a good fight, I have finished my course, I have kept the faith:"

His daughter Juanita Reynolds always said, “God blessed her before she was born by choosing her to be Tony’s daughter.”

There will be a graveside service only and it will be held at Yoakum County Cemetery in Plains, at 2 PM on Saturday, November 21, 2015.