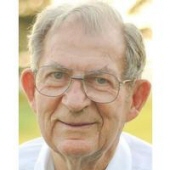 Archie Harold Rich, age 80, died Wednesday November 18, 2015 at his home in Russellville, Arkansas. He was born September 26, 1935 in Childress, Texas and was a former childhood resident of Wellman, Texas. He was a proud fourth generation Texan.

He is also survived by his two sisters, Nila Dale Birkholtz and her husband Bob of Sun Lake, Arizona, and Ava Barnes of Leesburg, Florida.

He was preceded in death by his beloved father and mother Miller Hardy Rich and Estella Finis Rich and his wife, Aurora Muñoz Rich, buried in Tortugas, New Mexico.

Harold Rich graduated with a Bachelor of Science degree in Mechanical Engineering in 1959. He then served honorably in the United States Army as a Paratrooper and Army Ranger, 1960-1963. He was employed by the United States Air Force as a Structural Aircraft Engineer. During his career he worked on some of the most cutting edge weapons systems including cruise missile engines, flying laser anti-missile defense system, and atomic testing containment structures. He retired in 1990 at age 55.

Visitation will be held on Wednesday, November 25, 2015 from 1:00pm until 2:00 at Brownfield Funeral Home, Brownfield, Texas with burial to follow at Terry County Cemetery.