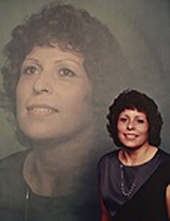 Aurora Andrea Trevino, 76, beloved Mother, Wife, and Sister, was called to her eternal resting place on November 12, 2020. She entered this world on November 13, 1943 in Caldwell, TX, born to Bacilio and Margo Lira.She is preceded in death by her husband Abraham Trevino, parents Bacilio and Margo Lira, brother Robert Lira, and great-aunt Calletana Lira. And two grandchildren Zachery Salinas and Jonathan Luis Trevino.