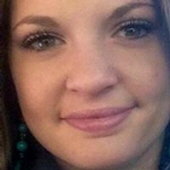 Services for Bailey Kay Howard, 14, of Plains will be held at 1pm on Wednesday, January 7, 2015 at Plains First Baptist Church with Patrick Hamilton and Byron Potter officiating. A private burial will follow in the Plains Cemetery under the direction of Brownfield Funeral Home.

Bailey went to be with the Lord on January 2, 2015. She was born to Major Allen and Arlene Kay Howard on June 18, 2000 in Roosevelt, Utah. Bailey was a freshman at Plains High School. She was a member of Plains First Baptist Church and FFA. She played volleyball, basketball and ran track . She was an avid hunter and enjoyed barrel racing. Bailey was recently Terry County Rodeo Queen. She loved animals and everyone around her.