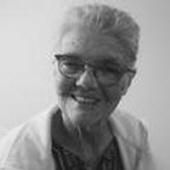 Visitation will be from 6pm to 8pm Sunday, August 14, 2016 at the Brownfield Funeral Home.

Barbara passed away August 11, 2016 in Pflugerville, TX. She was born September 23, 1941 in Poole, TX to Richard Johnny and Alma Jo Meil. Barbara graduated from Plains High School, class of 1960. She married Royce Dean Farquhar in 1960 who preceded her in death in 1974. Barbara remarried in 1975 to Wylie Joe Oliver who preceded her in death in 2002. She is also preceded in death by her parents and two children, Ricky Dean Farquhar and Rhonda Ann Farquhar.