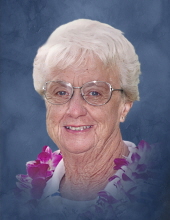 Graveside service for Barbara Grace Gregg, 87, of Brownfield will be at 9:30 am Tuesday, July 27, 2021 at Terry County Memorial Cemetery with Rev. Chris Seaton officiating.

Barbara Grace Gregg of Brownfield passed away in Lubbock on July 21, 2021.

Barbara was born May 21, 1934 in Terry County, near Brownfield, to Will and Hallie Green. She attended school in Gomez and Brownfield. She was a member of the Gomez Baptist Church. She married Delton Gregg in 1951. They were married for 58 years. Shortly after they married, Barby moved with Delton to Georgia and then New Jersey while he was in military training. She worked in a department store for a short time in New Jersey.

After Delton returned from his military service in Korea, they began farming in Terry County. Barby was very active in the farming operation. Later she also worked as a bookkeeper for Goodpasture Grain, then she was a rural letter carrier for the Brownfield Post Office.

Barby and Delton enjoyed square and round dancing. They were members of the Terry Twirlers for many years. Barby enjoyed working with kids. She was a 4-H leader and taught girls the basics of sewing and cooking. She loved to sew and crochet. She often made afghans, quilts and baby afghans for friends and family. She was an excellent cook and made most things from scratch. She enjoyed making her hot rolls and tiny pecan pies to share. She made and decorated many wedding cakes for family and friends.

She was preceded in death by her husband, Delton, her parents and her brothers, Raymond Green and Bill Green.

She is survived by her daughters, Carmin and Greg McWilliams of Levelland and Cindy and Harry Zimmerman of Lubbock; four grandchildren, David McWilliams, Michael and Renee Zimmerman, Andrea and Tim Hammer, and Jayne and Eric Awbrey; six great-grandchildren; Amber, Adam and Amy Awbrey; Ethan Zimmerman and Cole and Ryan Hammer and many cherished cousins, nieces and nephews.

The family would like to express their sincere appreciation to the Isle at Raider Ranch and Beyond Faith Hospice.