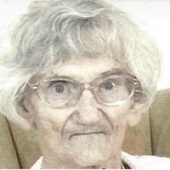 Services for Bernadene “Dean” Haywood will be at 2pm Saturday, August 8, 2015 at Christian Life with Brother Richard Sessums officiating.

Visitation will be held from 6-8pm Friday, August 7, 2015 at Brownfield Funeral Home.

Dean was born on November 23, 1925 to Thomas and Lurlene Gresham in Snyder, Oklahoma. She worked for Furr’s Food for 23 years. She was a member of First Assembly of God and loved gardening. Dean is preceded in death by her husbands, J.C. Gafford and Raymond Haywood; 3 sons, Jerry Gafford, Terry Gafford and Gayle Gafford; a step son, Dennis Haywood; parents, Thomas and Lurlene Gresham; 2 brothers, Wayne Gresham and Joe Gresham and 2 sisters, Evelyn Patton and Juanita Click.