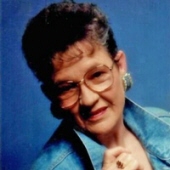 Graveside services for Billie Ruth Denman Stevenson will be held at 11 am Friday, December 15, 2017, at the Stith Cemetery.

There will be a family visitation from 6pm to 8pm Thursday, December 14, 2017 at Brownfield Funeral Home.
Billie passed away Monday, December 11, 2017, in Brownfield. She was born January 20, 1937, to George and Rosa Lee Denman. Billie was a member of Brownfield Church of Christ. She worked as a nurse in Brownfield and Abilene. She is preceded in death by her parents, George and Rosa Lee Denman; husband, H.P. Stevenson; two sisters; one brother; one nephew; three nieces and husband, Charles Patterson.
Billie is survived by a son, David Stevenson and wife, Becky; daughter Sherry Key and husband, Richard; three grandchildren, April Key Weber, Richard Adam Key, Henry David Stevenson, Jr.; and eleven great-grandchildren.