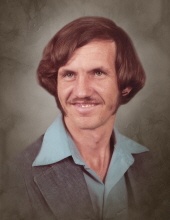 There will be a family and friends visitation on Sunday, August 18, 2019, at Brownfield Funeral Home from 6 pm to 8 pm.

Billy passed away Tuesday, August 13, 2019, in Odessa. He was born to Raymond and Wilma (Albright) Taylor on February 22, 1952, in Lindsay, Oklahoma. Billy attended Meadow schools. He married Cheryl McInnis of Brownfield on August 16, 1975, in Brownfield. Billy was owner and operator of Economy Appliance Repair in Hockley and Terry County. He also worked for the Lubbock Housing Authority for several years. Billy was a veteran of the United States Army. He was a loving husband of 43 years. Billy was a godly man that was a devoted husband, brother, and uncle.

Billy is preceded in death by his parents, Raymond and Wilma Taylor and two brothers, Johnny Taylor and R.B. Taylor.

Billy is survived by his wife Cheryl Taylor of Ropesville; a sister, Dayna Sefcik of Austin; three brothers, Donald Taylor of Brownfield, Terry Taylor and wife Becki of Granbury, Steve Taylor and wife Roni of Meadow; and numerous nieces and nephews.