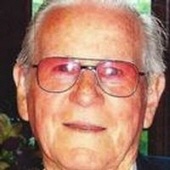 Funeral services for Bob Benton, 85, of Lubbock will be held at 10:30am, Saturday, November 1, 2014 at the Kings Ridge Church of Christ at 4201 98th Street in Lubbock with Lance Bowman officiating. Burial will follow at the Terry County Memorial Cemetery under the direction of Brownfield Funeral Home.

Bob was born February 28, 1929 in Brownfield to Robert Rufus and Ethel Mae Benton. He graduated from Union High School and then received a BA in biology from Eastern New Mexico University. Bob served in the Marine Corps during the Korean Conflict. He married Delma Keele June 3, 1952 in Long Beach, CA. He is preceded in death by brothers, John Wesley Benton and Theodore “Teddy” Benton; and son, Mark Steven Benton.

In lieu of flowers the family requests donations be made in his name to the American Diabetes Association.