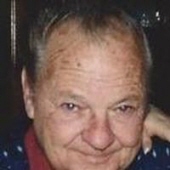 Services for Bobby T. Riley will be 11:00 a.m., Monday, September 22, 2014, at the Terry County Memorial Cemetery with Reverend Jon Patrick officiating. Burial will be under the direction of Brownfield Funeral Home.

Bobby was born September 28, 1935. The youngest of 7 children born to Una Betty, who preceded him in l976. Raised in Amarillo, Bobby spent childhood years at Cal Farley Boys Ranch. He loved returning each Labor day week for the Reunion Rodeo and Bar-B-Que.

Joining the US Marine Corps at the age of 16, he was proud to explain his tattoo “The Kid” as he was the youngest member of the 43rd platoon from San Diego, California. After a medical discharge and many months in the hospital from a back injury, Bobby returned to Amarillo. In the later 50’s he married Rosemary A. Riley who preceded him in 2005. They shared children Lori, husband Alex, from San Angelo, Bobby Jr. “Sam”, who preceded him in 2009. After close to 20 years together, they went separate ways.

Bobby’s path led him to his 2nd wife, Joy Dove. They shared over 30 years together before she preceded him in 2009. Joy brought with her, 3 children that Bobby considered his own. Terry Davis, wife Sandra, of Brownfield, Angie Calder, husband Dennis, of Amarillo, Marcie Aylesworth, husband David, of Georgia. 10 grandchildren, Austin of Krum, Samantha of Lubbock, Lucy of Michigan, Chad, Miranda, Terry and Mickey of Amarillo, Amanda, David and Josh of Brownfield, and 9 great grandchildren.

Bobby also had the honor of being the oldest member of the Elks Lodge in Amarillo.

The family asks that in lieu of flowers, donations be made to the Cal Farley Boys Ranch.