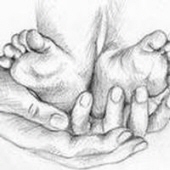 Services for Braxton Jace Casias, stillborn son of Avery Casias and Brittany Alcantar of Brownfield will be at 2pm, Monday, March 10, 2014 in Terry County Memorial Cemetery with Irene Martinez officiating. He was born Friday, March 7, 2014. Services are under the direction of Brownfield Funeral Home.