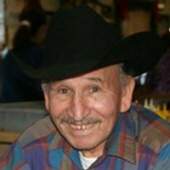 Services for Catarino Soto Sr. will be 10 am Monday, June 13, 2016 at St. Anthony’s Catholic Church with Father Eduardo Teo officiating. Interment will follow in Meadow Cemetery under the direction of Brownfield Funeral Home.

Catarino was born on June 23, 1935 in Matamoros, Tamaulipas, Mexico to Nieves Soto and Manuela Rodriguez Soto. Catarino married Belia Garcia on November 17, 1956 in Kingsville. He worked as a farm laborer until his retirement in 1997.

Catarino is preceded in death by his parents; his wife, Belia Garcia Soto; a son, Isidro Soto; a granddaughter, Megan; a great great-granddaughter, Irianna; a brother, Margarito; and a sister, Guadalupe.