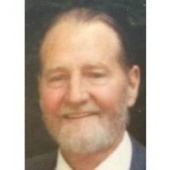 Cecil was preceded in death by his mother, Wanda Joan Bennett Knox. He is survived by his wife of 30 years, Donna Knox; son, Dru Knox; daughter and son-in-law, Kirstyn and Dave Lipson; father, Cecil B. Knox, Jr.; and siblings, Joann Sullivan, and Frank, John and Luke Knox. He is also survived by his uncle and aunt, Morris and Janice Knox and cousins, Bart and Bobby Knox and Leigh Ann Hudson.

As a physician, he earned a reputation for being tireless in his effort to help patients, most of whom suffered from chronic pain. The gratitude and support of his patients over the years has been a constant source of joy and comfort.

Cecil was also a wonderful husband and father, and a friend to many. Those who knew and loved him will mourn the loss of a unique and special individual, who cared more about others than he did for himself.

The family extends special thanks to those who participated in Cecil’s care, including Dr. William Fintel and his team at Lewis Gale Medical Center in Roanoke, VA, and Cecil’s transplant teams at the UVA Katie Couric Cancer Center and the Dana Farber Cancer Institute in Boston.

The family will host a memorial service in Horseshoe Bay, Texas, this Saturday, November 7, 2015, where Cecil’s family will gather to celebrate his life.

In keeping with Cecil’s long-time support of the effort to account for missing American servicemen, the family asks that, in lieu of flowers, well-wishers consider a donation to the Coalition of Families of Korean & Cold War POW/MIAs (coalitionoffamilies.org).