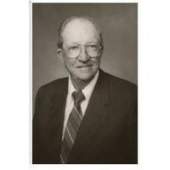 Cecil Byron Knox M.D. passed away peacefully on March 24 in Fayetteville, Arkansas at 95 years of age. He was a beloved father, grandfather, great grandfather, uncle, physician and friend. He was born on November 6, 1921 in Throckmorton, Texas to Cecil Byron Knox Sr. and Margaret Elizabeth Underwood Balyeat. He graduated from Roby High School and the University of Texas with a degree in Pharmacy. He went on to graduate from the University of Texas Medical Branch in Galveston as a Doctor of Medicine in 1947.

He and Wanda Joan Bennett were married on April 6, 1947 and in 1948 moved to the Texas Panhandle where they began their careers and their family. Our dad practiced medicine in Seagraves from 1948-1951 and served as a flight surgeon in the United States Air Force from 1952-1955. He moved his family to Brownfield in 1955 where he practiced medicine at Treadway-Daniel Hospital, Knox-Stone Clinic and Brownfield General Hospital until his retirement in 1978. Cecil and Wanda retired to Horseshoe Bay, Texas in 1979. After retirement, for many years, he worked as a locum tenens in communities throughout Texas and Valdez, Alaska.

As a Family Physician and Surgeon, he was respected and admired. He delivered thousands of babies in Seagraves and Brownfield. He felt honored to care for entire families and to care for patients of all ages. He performed abdominal, orthopedic, vascular and other surgeries. Our dad was “old school”, often making house calls throughout the night. He had to get a spotlight on his car for night calls so he could shine it on houses to be sure he was at the right address. Many nights he did not get home until 10:00 p.m. or later and he would be back at the hospital early the next morning. When the grain elevator exploded in 1957, we did not see him for days.

He and Mom loved living in Horseshoe Bay. He loved waking up every day, knowing that he would be able to play golf with his buddies. He loved going fishing, especially with his sons and grandchildren. He was a terrific gin rummy player and continued to beat us all until a few weeks ago. He was an avid reader, especially novels about Texas and the American West. And, of course, he loved “Gunsmoke.”

Visitation will be on Thursday evening at the Wilcox Funeral Home, 1805 Highway 281 in Marble Falls. Internment will be at 1:00 p.m. at the Horseshoe Bay Mausoleum. The memorial service will be at 2:00 p.m. at The Church at Horseshoe Bay, 600 Hi Ridge Road. A reception will follow in the Fellowship Hall. In lieu of flowers, donations may be made to the National Pancreatic Cancer Foundation, P.O, Box 1848, Longmont, CO 80502 in memory of Wanda and Cecil B. Knox.