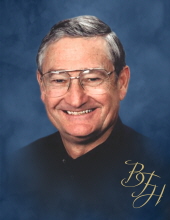 Jack was a 1957 graduate of Plains High School and obtained his bachelor’s degree from Howard Payne University. He later earned a master’s degree from Texas Tech University. Jack taught school in Plains before serving 12 years as principal at Smyer and Sands (Ackerly) High School. He moved his family back to Plains in 1978 where he became a strong contributor to the agriculture industry in Yoakum County and the region as both the owner/operator of an aerial applicator business and as a farmer.

Jack was an avid pilot and loved nothing more than to share his passion for flying with and for others.

Jack served his community in many capacities throughout his many years in Plains and Yoakum County. He was a past member of the Plains ISD school board, served as a Commissioner for Yoakum County for several years, managed the Yoakum County airport, was long-time chairman of the Yoakum County Hospital Board of Directors, and was in various leadership roles with the Texas Grain Sorghum Producers, National Grain Sorghum Producers, and US Grains Council. He was a deacon and trustee for First Baptist Church, Plains and was an ardent participant in the disaster relief efforts of Texas Baptist Men. He was a Master Mason in the Grand Lodge of Texas.

He is preceded in death by his parents and twin brother, Joe Cobb.