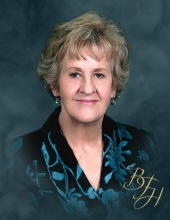 Creda "Gayle" Gore passed away on May 5, 2022 at Covenant Hospital after a lengthy battle with lung issues. She was born May 28, 1943, in Brownfield to Crede and Lela Gore. During Gayle's life she worked for 36 years at First National Bank of Brownfield, where she retired as a Vice President. Throughout her life, she enjoyed working at the bank, raising her son and daughter, and spending time with her grandchildren and great-grandchildren. She also loved attending church, reading her Bible everyday, playing cards with friends and family, and attending Bible studies. Gayle had a strong desire to make sure everyone knew God had healed her after her brain surgery in 2002 and that God could heal anyone who asked for healing from whatever life dealt.

Gayle's family would like to especially thank Gayle's nephew, Bobby and his fabulous wife, Lori, for all the amazing care and love shown to her during the final years of her life.

Memorials to Feed One Food Bank, 801 S. 1st, Lamesa, Texas 79331, which is a ministry in which the family of Gayle's daughter assists.