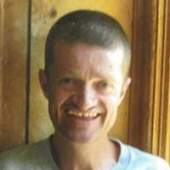 Services for Cris A. Forbus, 42, of Plains will be held at 2 p.m. Tuesday, August 25, 2015 at Plains First Baptist Church with Rev. Patrick Hamilton officiating. Burial will follow in the Ropesville Cemetery under the direction of Brownfield Funeral Home.

Cris was born on October 25, 1972 to Randy and Rebecca Forbus in Brownfield. He loved farming, cattle, tractors, and music. He especially loved going to church.

Cris is preceded in death by his grandparents, Levere and Mary Forbus and Gordon Lewis.

Cris is survived by his parents, Randy and Rebecca Forbus of Plains; brother, Casey Forbus and his wife, Jami of Lubbock; grandmother, Geraldine Lewis of Brownfield; and numerous aunts, uncles, and cousins.