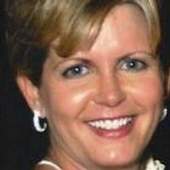 Services for Dana Michele Green, 51, of Brownfield will be held at 11am Saturday, October 25, 2014 at Calvary Baptist Church with Dr. Carl Moman officiating. Burial will follow in the Terry County Memorial Cemetery under the direction of Brownfield Funeral Home.

Visitation will be held from 9:30 until service time Saturday, October 25, 2014 at Calvary Baptist Church.

Michele passed away on October 21, 2014. She was born on December 6, 1962 to Nolan Cornett and Carol Ann (Garner) Cornett in Brownfield. She was a Baptist by faith. She graduated from Brownfield High School in 1981. Michele married Glen Green in Midland. She worked at BRMC clinic as a business manager for many years and later become a practice manager for Dr. Paul Chebib until present. She was a beautiful, smart, talented, gracious lady. She loved her pets and family with all of her heart. Her grandchildren were everything to her. She loved being in health care and that gave her the opportunity to help others. She impacted many lives.

Michele is preceded in death by her father, Nolan Cornett and a brother Stephen Matthew Cornett.

She is survived by her husband, Glen Green of Brownfield; a daughter, Sommer Dozier and husband Kalen of Lubbock; 2 sons, Jon Green and wife Mandy Broussard of Houston, and Justin Green and Kara Roach of Ft. Worth; 3 grandchildren; Aubrey Green of Houston, Abbie Green of San Antonio and Avery Roach of Ft. Worth; mother, Carol Ann Stokes and step-father Wayne Stokes of Brownfield; a brother, Doug Cornett of Lubbock; mother-in-law, and father-in-law, Frances and Jack Lloyd of Inverness, MS.