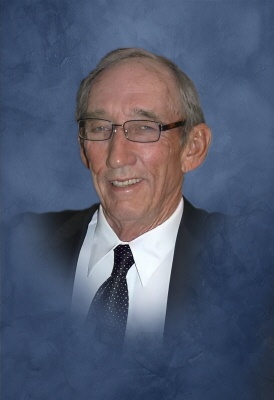 It is with great sadness we announce the passing of David Auburg on February 18, 2021. David Earl Auburg was born March 23, 1946 to the late Marshall and Betty Auburg in Brownfield, TX. David graduated from Brownfield High School in 1964 and Angelo State in 1969 where he was a standout football player. He married his high school sweetheart, Janice Stice August 24, 1968. After graduating Angelo State he and Janice returned to Brownfield where he farmed and attended First United Methodist Church for the remainder of his life.

He is survived by his wife Janice, his son Lance David Auburg, and wife Cenny, of Frisco; daughter Angela Wood Carr, and husband Matt of Lubbock; his favorite thing was being Papa to his six grandkids Austin, Anderson, Lauren, Gracie, Mason and Allie. He was a humble, loving man always showing a strong willed devotion to his family and work.

He was preceded in death by his father Marshall when he was age 9, Darrell P. Lewis, his mother Betty Lewis and brother Danny Lewis. He is also survived by his mother-in-law Gladys Stice Franks, brother-in-law Harry Stice and sister-in-law Sandra Beyer and sister Jeanann Forbes.

Services for David will be held at 2:00 pm on Tuesday, February 23rd at First United Methodist Church Brownfield, Tx. In support of everyone attending, please follow social distancing guidelines and wear a face covering (mandatory). A private family burial will be held.

Memorial contributions in David’s memory are suggested to First United Methodist Church of Brownfield or to your favorite charity.