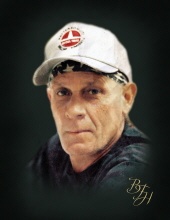 Memorial Services for Donald Lynn "Donny" Carouth, 65, of Brownfield will be held at 10 am on Saturday, December 4, 2021, at United Family Fellowship with Eric Martinez officiating.

Donny was born on August 5, 1956, to Earl Elwayne and Mary Frances Carouth in Brownfield. He married Rebecka Sansing on January 28, 1977. He worked hard all of his life in the oil field. He was a great husband to Rebecka. Donny was a loving, husband, grandfather and brother. He especially loved his grandbabies. He would always help those in need. He enjoyed barbecuing.