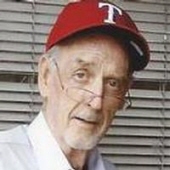 Services for Donald Leslie Britton, 75, of Brownfield will be held at 3 p.m. on Wednesday, November 12, 2014 at the First Baptist Church Chapel with Dr. Carl Moman officiating and Danny Sanders assisting. Burial will follow in the Terry County Memorial Cemetery under the direction of Brownfield Funeral Home.

Les was born on March 16, 1939 to Albert Vernon and Joyce J. Britton in Terry County. He married Dale Wilson on November 17, 1957 in Eldorado, OK. He was a member of the Brownfield First Baptist Church where he taught Sunday school for 25 years. Les was a barber in Brownfield for 55 years.

He is preceded in death by his parents, a grandson, David Britton, and a brother, Wes Britton.