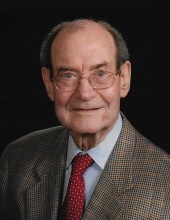 Donnie Ray Wade, 80, of Brownfield went to be with the Lord August 11, 2021, in Lubbock. He was born on March 9, 1941, in Spur to Lee and Jessie Rutledge Wade. Donnie graduated from Levelland High School and then went on to get his bachelor's from Texas Tech in accounting. He worked as a comptroller for Goodpasture's for most of his working career. He married Nancy Ross on August 29th, 1992, in Brownfield.

He was a member of the Brownfield First Baptist Church, served on the board for Brownfield Regional Medical Center, volunteered for Meals on Wheels and Hospice of Lubbock and was a Big Brother. Donnie was a big supporter of Texas Tech, the American Heart Association, and the Susan G. Komen foundation. He is preceded in death by his parents, and four siblings.

A private Celebration of Life was held by the family.