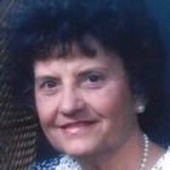 Services for Dorothy Marie “The Cookie Lady of Brownfield” Branch, 84, of Brownfield will be held at 10am Monday, September 15, 2014 at Calvary Baptist Church with Jody O’Briant, Robert Steagall and Steve Carter officiating.

Visitation will be held from 6-8pm Sunday, September 14, 2014 at Brownfield Funeral Home.

Dorothy was born on November 9, 1929 to Clyde and Donnie Williamson in Refugio, TX. She was a twirler and cheerleader at Refugio High School where she graduated in 1947. She also attended A&I and UCC where she was Miss Vivacious Cheerleader. On November 7, 1949 Dorothy married Clarence Branch in Corpus Christi. She was a beauty operator, cross walk guard, a receptionist for a medical doctor, eye doctor and a dentist and worked in a nursing home for many years. Last but not least she was a pastor’s wife, and a member of Challis Baptist Church. Dorothy is preceded in death by her husband, Clarence Branch; parents, Clyde and Donnie Williamson and a sister, Janet Williamson.