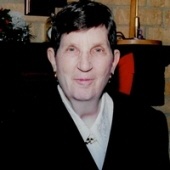 Funeral services for Dorothy Jones will be held 2pm Monday, October 1, 2018 at the First United Methodist Church in Plains with Rev. Wesley Holland officiating. Burial will follow in the Plains Cemetery under the direction of Brownfield Funeral Home.
Dorothy passed away Tuesday, September 25, 2018 in Brownfield. She was born October 16, 1923 in Tokio to Hugh and Dolores (Hill) Snodgrass. She married Eutis Ray Jones on December 22, 1940 in Brownfield. She was a long-time resident of Terry County. Dorothy loved living on the farm and was part of the Home Demonstration in Plains. She was the sweetest woman you ever met. Memories of her will make your heart sing. Dorothy is preceded in death by her parents, Hugh and Dolores Snodgrass, her husband of 72 years, Eutis Ray Jones, and her son, Jerry Jones.
Dorothy is survived by her son, Malcolm Gregg Jones and wife, Corba, of Ozona; daughter-in-law, Paulette Jones of Dallas; 8 grandchildren; 12 great grandchildren; and one great great granddaughter; sister, Dolores Hays of Dallas; and numerous nieces and nephews.