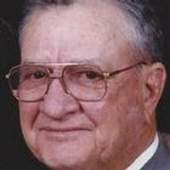 Memorial Services for Doyle “Pud“ Moss, 85 of Brownfield will be held at 11am Monday, December 15, 2014 at Calvary Baptist Church with Rev. Steve Carter officiating.

Doyle passed away on December 12, 2014 in Lubbock. He was born on April 19, 1929 to Elbe and Myrtle Moss in Dawson County. He graduated from Klondike High School. Doyle also attended Texas A&M and McMurry. Doyle married Janie Lynn Ryan in Wheelock. He managed cotton gins and farmed for 60 years.

Donations would be welcome to the Terry County Cemetery Association or the charity of your choice.