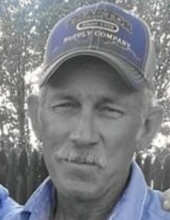 Dwane Eugene Ward, 60, of Brownfield passed away on Sunday, August 9, 2020. Dwane was born in Grapevine, TX to Alton and Lynette Ward on February 25, 1960. He attended Western Oklahoma State College in Altus, OK, then went onto Oklahoma State University Institute of Technology in Okmulgee, OK to earn his degree in Diesel Mechanics Technology/Technician. Dwane married Patty Mason on May 29, 1999. Together they raised three kids.

Dwane enjoyed family togetherness, doing things with the grandchildren, taking care of stray pets, and Daisy his miniature pony. He took great pride in his home and loved being outside. Dwane had a strong work ethic. He drilled wells for 20 years and was a mechanic. Dwane is preceded in death by his father Alton Ward and twin sisters, Susan and Shirley Ward.

Visitation will be Wednesday, August 12, 2020, from 5:00 to 7:00 pm at Brownfield Funeral Home. Funeral services will be held at 2:00 pm Thursday, August 13, 2020, at the First Baptist Church in Brownfield. Burial will follow at Terry County Memorial Cemetery.