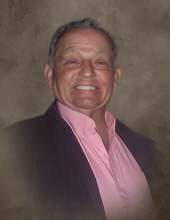 Eddie passed away Monday, December 7, 2020, in Brownfield. He was born on September 27, 1935, in Hamlin, Texas to Ollie and Maggie Cooper. He served in the United States Army. Eddie married Bettie Sue Proctor on December 31, 1960, in Juarez, Mexico. Eddie worked as a custom harvester for over 60 years. He loved his pets and was always making a joke or pulling a prank. Recently, Eddie loved spending his time with his great-grandchildren.  He is preceded in death by his sister, Olliefay Stuart and brother, Tommy Cooper.