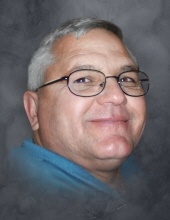 Funeral service for Edward Royce "Eddie" Aldridge, 66, of Brownfield, will be at 10:00 am Wednesday, December 9, 2020, at Calvary Baptist Church with Bruce Cargile officiating.

Edward Royce Aldridge, “Eddie,” was born August 31, 1954, in Kermit, Texas, to T.R. and Betty Aldridge. Eddie grew up in Loop, Texas. He graduated from Loop High School in 1973. He married his high school sweetheart, Peggy Heathcoat, on June 21, 1975, at Calvary Baptist Church in Brownfield. He went on to serve his country as an E-4 Specialist in the United States Army at Ft. Hood through 1978. Eddie worked loyally for Hess Corporation for 27 years. He was a lifelong learner with certifications and degrees in Mechanics, Diesel Mechanics, and Petroleum Technology.

Eddie was a loving husband to Peggy, a proud father of his two daughters, Randi Souter and Kaci Brown, and a devoted Papaw to Pyper and Koby Souter; and Royce, Kyle, and Trey Brown. He was a humble man who loved his wife, his family, his country, and gold-panning. Most importantly, he loved Jesus. He continued his studies with our Heavenly Father on Saturday, December 5, 2020. He was greeted in Heaven by those preceding him in death: his mother and father, Betty and Ralph, and his triplet sons, Keith, Kyle, and Kevin.

He will be lovingly remembered by his wife, Peggy, daughters and sons-in-law, Randi and Bryan Souter of Lubbock; Kaci and Matt Brown of Wylie; sister and brother-in-law, Jackie and Timmy Smith of Loop; and brother and sister-in-law, Dennis and Gerry Aldridge of Magdalena, NM.

In lieu of flowers, contributions may be made in memory of Eddie Aldridge, by check, to Immanuel Baptist Church of Brownfield at P.O. Box 265, Brownfield, TX 79316.