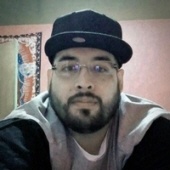 Funeral service for Eloy Arenas, 30, of Brownfield will be held at 2 pm Tuesday, December 19, 2017, at Ministerio Tierra De Promesas with Armando Macias officiating under the direction of Brownfield Funeral Home.

Eloy passed away Wednesday, December 13, 2017, in Wolfforth. He was born August 19, 1987, to Jose Luis Arenas and Margarita Perales Arenas in Tampa, Florida. He graduated from Brownfield High School. Eloy worked as a produce clerk at United Supermarkets. He was a loving son, brother, and uncle. He is preceded in death by his father, Jose Luis Arenas, and sister, Griselda Arenas.