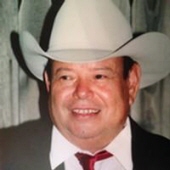 Services for Emilio Pauda Salazar will be held 10am Tuesday, May 9, 2017 at St. Anthony’s Catholic Church with Father Eduardo Teo officiating. Burial will follow at Terry County Memorial Cemetery under the direction of Brownfield Funeral Home.