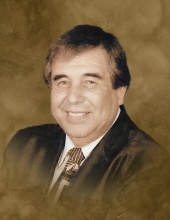 Services for Enrique Jimenez Jr. will be held at 1:00 pm on Monday, March 1, 2021, at Ministerio Tierra De Promesas with Pastor Armando Macias officiating.

Enrique passed away on February 24, 2021, in Brownfield. He was born on February 12, 1946, to Enrique Sr. and Herminia Jimenez in Crystal City, Texas. He married Aurora Flores in June 2003, in East Grand Forks, MN. Enrique was a loving husband and father who always provided for his family. He was a very giving and love able guy. Enrique drove trucks for 60 years. Enrique is preceded in death by his parents Enrique Sr. and Herminia Jimenez.