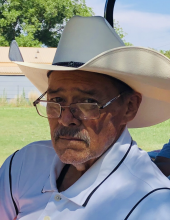 Funeral services for Evaristo “Cody” Flores will be 1:00 pm Saturday, October 12, 2019 at Plains First Baptist Church with Rev. Patrick Hamilton officiating. Burial will follow at the Plains Cemetery under the direction of Brownfield Funeral Home.

Evaristo was born December 13, 1954, to Calistro and Lina Flores. He graduated from Plains High School. Evaristo married Diana Gonzales on August 15, 1974, in Brownfield. He was a loving husband, father, grandfather, and brother. Evaristo was a hardworking man that loved his family and spending time outdoors. He is preceded in death by his parents, two brothers, Martin Flores and Remedios Flores and sister, Cindy Mares.