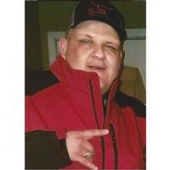 Funeral services for Felipe Lopez will be held 10am Thursday, March 2, 2017 at St. Anthony’s Catholic Church with Father Eduardo Teo officiating. Burial will follow in the Brownfield Cemetery under the direction of Brownfield Funeral Home. Online condolences may be left at www.brownfieldfuneralhome.com.

There will be visitations held for Felipe from 6pm to 8pm both Tuesday and Wednesday, February 28 and March 1, 2017 at Brownfield Funeral Home.

Felipe passed away Friday, February 24, 2017 in Lubbock. He was born July 3, 1990 in Lubbock to Jacob and Rosa Lopez. He graduated from Brownfield High School and was known as a generous soul who loved music and was a great Norteno singer. He was a member of St. Anthony’s Catholic Church and was a hard working truck driver. Felipe is preceded in death by his paternal and maternal grandparents, and an uncle, Felipe Lopez.

Felipe is survived by his wife, Destinie Gonzales of Brownfield; his parents, Jacob and Rosa Lopez of Brownfield; three brothers, Chris Lopez and fiancé, Heather of Brownfield, Joe Cordero of Alamosa, CO and Jesse Zambrano of Brownfield; three sisters, Alicia Lopez, Kassandra Flores and Amy Rios of Brownfield; many aunts, uncles, nieces and cousins. The family would like to make a special acknowledgement of the kindness and support of Felipe’s employer, Globe Energy Services.