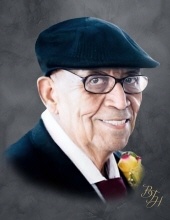 Filomeno "Frank" Competio, our much-loved Dad, Grandpa, Popo, Pappy and unofficial dad and grandpa to more students in the Wellman school system than he could have realized, passed from this life and into eternal rest on September 24, 2021, at the age of 78 years and 7 months. He was born on January 28, 1943 to Lusinda Samora.

He met the love his life, Mary Olivia Hilburn at the age of 15 and together they built a life and legacy built on love and Faith that has spanned generations and through their descendents, will continue. He and Mary were no strangers to hard work and this was passed down to each of their 8 children, as well as the lessons that come with a lifetime of hard work. With those lessons also came a sense of humor and Frank was known for his quick remarks and jokes that would come when you least expected them.

He and Mary were married on April 4, 1958, and were inseparable until her death in August of 2020. Their reunion on Friday was one that might be described as unimaginably joyful.

He was a farmer and a long time employee of the Wellman School district, where he earned the title of "grandpa" to a countless number of Wildcats. He is preceded in death by his mother, and a son-in-law, Joe Cavazos.