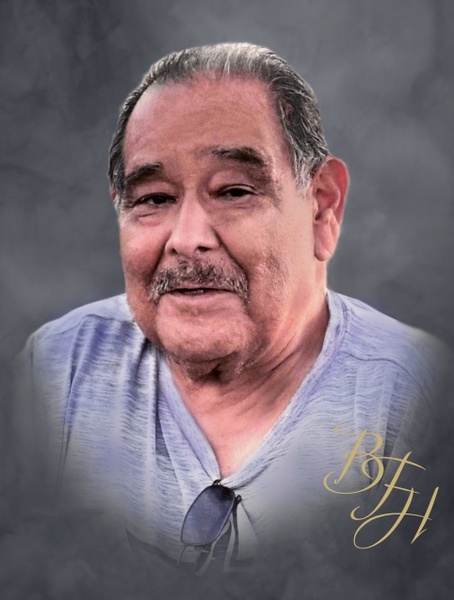 Frank Herrera of Brownfield went to be with his Lord on Wednesday July 13, 2022. He was born in O'Donnell, Texas on May 11, 1945, to Juan and Juanita Herrera. He was raised in Brownfield where he met the love of his life Maria Louisa Mata. Frank married Maria Louisa on November 4, 1962. They were married for 35 years until her death on June 15, 1998. He enjoyed playing with his grandchildren; each of whom he renamed. He also enjoyed fishing, praying his rosary, and taking morning and evening walks. Frank enjoyed finishing each day by watching his Novelas.

Frank was preceded in death by his wife Maria Louisa Herrera, his parents, Juan and Juanita Herrera and his brothers Willie, Eleno, Lupe, Simon Herrera and Joe Cruz and sisters Maria and Isabel Salas and Hortencia Herrera, and a great-grandson, Joseph Mata.