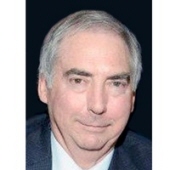 Lynn Brisendine, longtime publisher of the Brownfield News and Seminole Sentinel, civic leader, and friend to many, took his last breath at 11 a.m. Saturday, October 14, 2017 at his home, surrounded by family and covered in love. Brisendines passing ended an eight year battle with numerous forms of cancer, each faced with the dignity and tenacity with which he lived his life. It was a life filled with countless stories, which he told with accuracy, flare, and the occasional embellishment, to the delight of anyone lucky enough to be in his company.

He was born November 30, 1946 to Ed and Naomi Brisendine in Amarillo, but was reared, graduated high school and began his 60-year newspaper career in Hereford. At the age of 11, Lynn began throwing the Hereford and Amarillo newspapers, morning and afternoon, from his bicycle, battling wind, rain, snow, ice, and stray dogs. Unable or unwilling to ever quit anything, he maintained his paper routes through his senior year of high school in 1965, earning the rank of "Master Carrier" for the Amarillo Globe News. After graduation he was hired as a "printers devil" in the back shop of the Hereford Brand, a position he referred to as "the lowest form of human life," but which ignited a lifelong passion for the printed word and the important work of community newspapers. That job evolved over the next five decades into a career recognized, admired, and awarded by peers throughout the state.

It was while selling advertising in a dress shop on Herefords Main Street in 1971 that he was introduced to the love of his life, a Texas Tech co-ed, whose name he promptly forgot. A shouted "Hey you!" from across the street the following day would spark a romance that would blossom into a 45-year union to his soul mate, Linda, with whom he raised a family, ran a business, and traveled the world. Their partnership covered millions of miles, burning up highways in all directions covering news events, following sports teams, chasing their kids, seeing almost every state in the country, trekking across Europe, and standing on the Great Wall of China. "Not bad for a kid from West Texas," he would often beam.

Brisendine moved to Brownfield when he was named Publisher and President and purchased stock in the Brownfield News on April Fools Day, 1977. He made the community his home and fought for its progress and prosperity for the remainder of his life. Following the closure of several large employers after the 80s bust, he was integral in forming a community task force that would evolve into the creation of the Brownfield Industrial Development Corporation, which he served as Chairman of the Board for a decade, recruiting companies and more importantly, payrolls, to Brownfield, thus ensuring a brighter future for the community he loved. For his efforts, he was named Citizen of the Year in 1992 and Business Leader of the Year in 2015.

That work ethic, civic involvement, and zeal for life was instilled in his family, which he considered his greatest accomplishment. Left behind to continue his proud legacy are his wife, Linda; two daughters, Becky and husband Brian Stephens and Barbie and husband Alan Taylor, all of Lubbock; and a son, Brian and wife Susan Brisendine, of Brownfield. His pride and joy were his nine grandchildren, Hayleigh, Hannah, Hudson, and Hayden Stephens; Logan and Landon Taylor; and Thomas, Blake, and Maddie Brisendine.

Greeting him in Heaven are his parents; a sister, Diann Burns; and grandson Hayden Stephens.

A private graveside service will be held at Terry County Memorial Cemetery Tuesday, October 17, 2017 and then followed by a celebration of life at 2pm at Brownfield First United Methodist Church.

His family wishes to thank the excellent and caring staff of Brownfield Regional Medical Center, Covenant Hospital, and the Joe Arrington Cancer Center.

In lieu of flowers, the family suggests newspaper advertising.