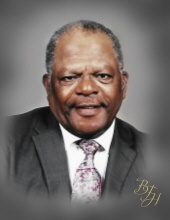 Fred Leroy Jackson went to be with his Lord and Savior on Tuesday, November 17, 2021. He was 92 years young.

A Celebration of his life will be held at the Brownfield Funeral Home on Tuesday, November 23, 2021, from 4-7 pm. The family requests that, in lieu of flowers, you make donations to your favorite charity in his honor. This would be so appreciated.

Fred was born on June 1, 1929, in Thrall, Texas. His parents were Delany Griffin, Frank and Bertha Jackson. He married Dorothy Mays on June 18, 1949. They lived in Thrall, Texas until they relocated to West Texas in 1966. He worked for several farmers (Mr. Robert Luker, Muldrow Farms) and lastly Herman Wheatley until his retirement at age 75. He was an active member at Greater New Hope Baptist Church, and later a founding member of 6th Street Baptist Church (now New Life House of Praise). Fred was a friend to all who knew him, and loved nothing better than sitting on his porch with family and friends when he retired.

He is preceded in death by his wife of sixty years, Dorothy, and his eldest son Fredrick.

A private graveside service will be held for the family on November 29, 2021.