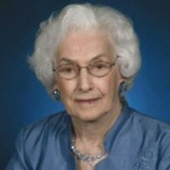 Celebration of life services for Freddie J. Tatum, 92, of Brownfield will be held Monday, March 28, 2016, at 2 pm at First Baptist Church of Brownfield with Rev. Matt Baird officiating. Burial will follow in Terry County Memorial Cemetery under the direction of Brownfield Funeral Home.

There will be a family visitation on Sunday, March 27, 2016, from 5-7 pm at Brownfield Funeral Home.

Mrs. Tatum was a longtime resident of Brownfield, and passed away Thursday, March 24, in Amarillo after a sudden illness. Freddie, the third child of Ellis Vaughn and Imo Johnson Riley, was born September 19, 1923, in Lamesa. She graduated from Ralls High School and attended Texas Tech. She married Delton F. Tatum in 1943, and they had three sons, Delton Vaughn, Gary Keith, and Lynn Wayne. Freddie was a devoted mother, grandmother, great-grandmother, sister, aunt, and cousin.

She was devoted to her faith. She initiated and supported many ministries. She helped lay the foundation for both the Baptist Student Ministries and the International Student Ministries at South Plains College. She was a partner in founding and supporting many churches in Brownfield and beyond. For six decades she was involved in all aspects of FBC Brownfield, particularly the WMU. She was devoted to education and international awareness. She traveled through much of the world and mentored hundreds of international students.

Freddie was also a gifted artist in porcelain painting, horticulture, needlepoint, floral arranging, and textiles. She was named the 2014 Texas Porcelain Artist of the Year. Freddie was also a tireless volunteer and community leader. At the age of 90, she recognized the needs of children in Terry County and initiated the Pack Pals program. Throughout her entire life, she had the vision to see what needed to be done and the skills, and energy to see it accomplished.